Honor and Justice for Gor!

The role-play here is based on the Gorean novels by John Norman; however, we do not play what some define as “book” Gor in the compound. It is our Group's philosophy that to actually role-play “book Gor” would mean recreating exact characters from the books and re-enacting Story Lines taken exactly from the books.

There are several things to consider when looking at the GBC as a possible place to role-play and hopefully the following information will help players in that endeavor. The GBC is not an OOC, (Out Of Character), Registry, it is an IC, (In Character), Branch of the Black Caste and it has been developed all IC from the time Darks Village was destroyed by Raiders and Lucis Dark was killed. The Founder of the GBC, Colton A. Dark, later had the Compound built on part of the land he inherited from his father. A person should not assume that we have not read the books - because the creators of the GBC have read all of them. A person should not assume we do not know how to role-play the AOL Gor way, because we have, and have had, other characters - some you may be playing with even now in other Story Lines.

It is the GBC Story Line creator's opinion that the books were written about the past history of Gor, and we know that as times change so does everything else. Even on Gor, providing the Priest Kings would have allowed it, things would have progressed and changed.

Even the books themselves allow that smaller villages and towns outside the ambits of larger cities were run as the head of the village saw fit. Rules only extended to the borders of the community or city, and the word of the Leader of the village, Tribal Chief, ruling council of elders or, if the community was large enough, The High Council - was the law within that community. This would further extend to those who live in compounds and fortresses outside of a city's walls.

To create a role-play environment that has a variety of Story Lines, the GBC creators expand the walls of the books to include things that might not have been mentioned or addressed at all. That does not mean they never happened, it simply means that the author did not address them in the series. One will also find when role playing with our group that we do not plan out the Story Lines. We play the story as it progresses, allowing our characters to "live" through whatever may come their way. A planned Story Line is rather boring, similar to reading the last chapter of a book first.

A question has been brought to our attention concerning the ability for Assassins to have honor. To the Gorean man, Honor is held above all. When one becomes an Assassin, one does not stop being Gorean.  Those who proudly proclaim they have no Honor, holding gold above all else, we question; are they truly Gorean?

"Honor is important to Goreans, in a way that those of Earth might find it hard to understand; for example, those of Earth find it natural that men should go to war over matters of gold and riches, but not honor; the Gorean, contrariwise, is more willing to submit matters of honor to the adjudication of steel than he is matters of riches and gold; there is a simple explanation for this; honor is more important to him."
Beasts of Gor - Page 42 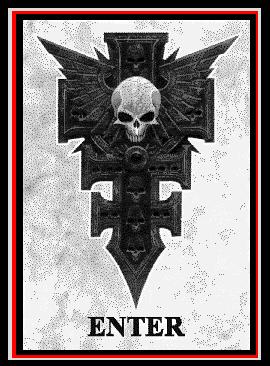 This site in its entirety is respectfully dedicated to:

Welcome to the GBC